Death Cap Mushrooms – How to Identify and Avoid Them 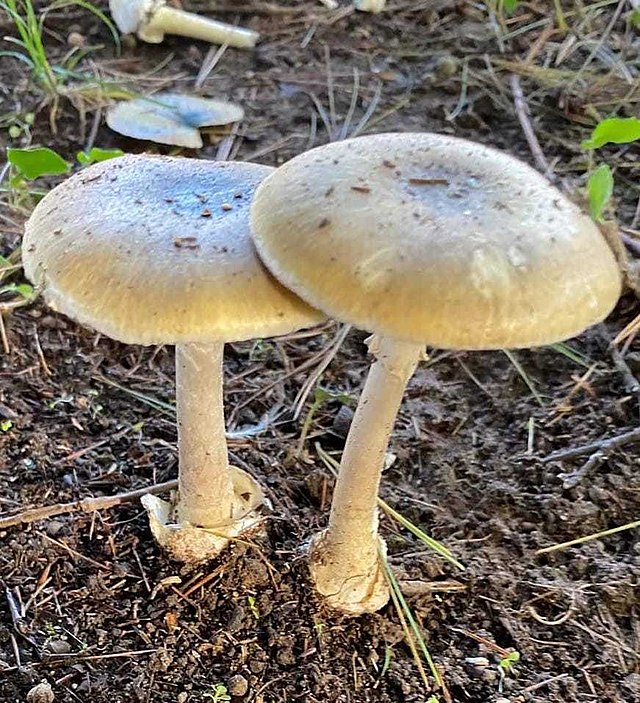 The death cap mushroom, also known as Amanita phalloides, can cause severe illness and may even be fatal if consumed as it is one of the most poisonous mushrooms in the world. As they resemble certain edible mushrooms, death cap mushroom identification knowledge is crucial.

So, where are death cap mushrooms found, and how can you identify them? Let’s dive a bit deeper to find out.

Here’s a quick death cap mushroom identification summary.  The death cap mushroom has a large cap of around 40-160mm wide with a skirting beneath. It is usually pale green to yellowish in color with a faint, honey-sweet smell. As it looks similar to edible mushrooms like puffballs and paddy-straw mushrooms, you must be confident and extra careful in picking the right one. 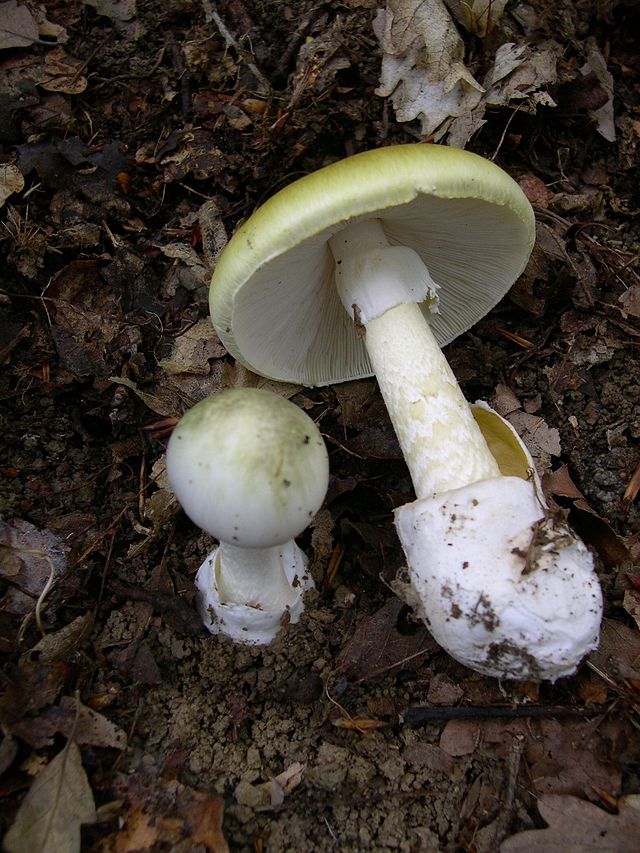 Where is the Death Cap Mushroom Found?

Death cap mushrooms are found worldwide. They are not native to North America but were introduced decades ago from Europe to the western and eastern parts of North America. They were found on the roots of imported trees like oaks, beeches, chestnuts, birches, filberts, and hornbeams, as well as on conifers like pines and spruces. Apart from this, you may even find them on historically grown nut trees like hazelnut and sweet chestnut.

What Are the Symptoms and After-Effects of Ingesting a Death Cap?

Let’s just put it this way – consuming a single death cap mushroom can kill a healthy adult. After ingesting a death cap, the first symptoms — vomiting, nausea, and diarrhea — will appear between six and 24 hours. At that point, severe liver damage will begin to develop and death will soon follow.

The toxic substances in death caps cannot be removed by soaking, drying, or cooking. The poison is present in all parts of the mushroom, including the cap, stem, spores, and gills, so peeling them doesn’t help.  There is no way to safely consume this mushroom.

In fact, many experts recommend that you avoid even touching death caps.

Unfortunately, death caps can vary in appearance at different stages of their lives.  Because of the danger that these mushrooms pose, we recommend that foragers avoid ANY mushrooms that could be confused with death caps, especially when they are starting out.

One type of mushroom that is often confused with death caps is the straw mushroom, so whatever you do, avoid foraging for straw mushrooms, and make sure you know the source of any straw mushrooms that you eat.

Another potential issue is with puffballs.  Puffball mushrooms are delicious, but young, undeveloped death caps can look quite similar to puffballs.

As you become more skilled at identifying mushrooms, you will develop a better feel for which mushrooms to eat and which to avoid.

How to Identify Death Cap Mushrooms

Here are some tips to help you get accustomed to death caps. This list is by no means exhaustive. 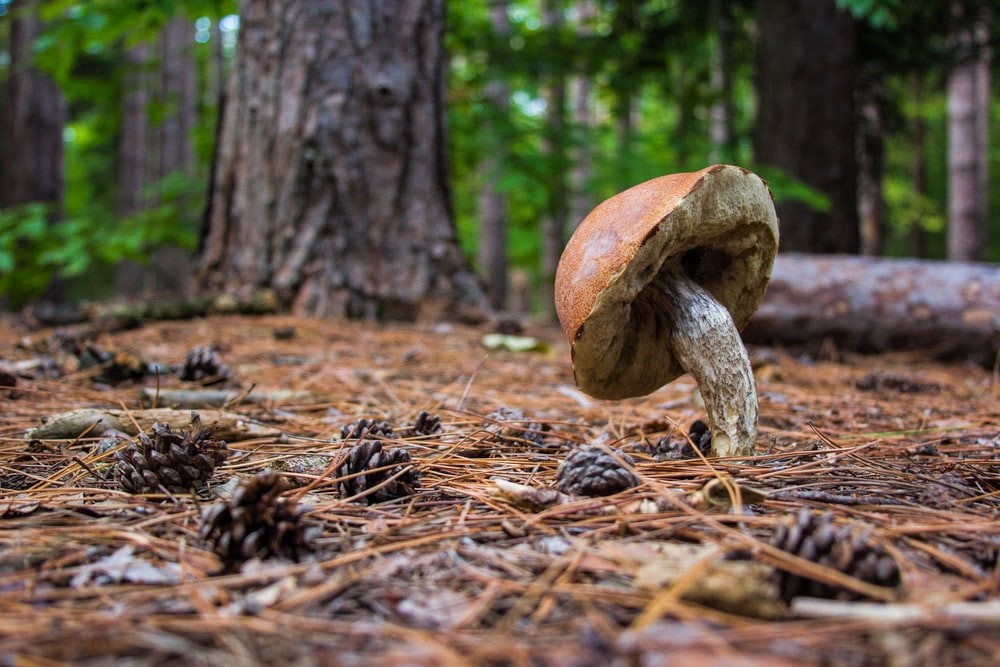 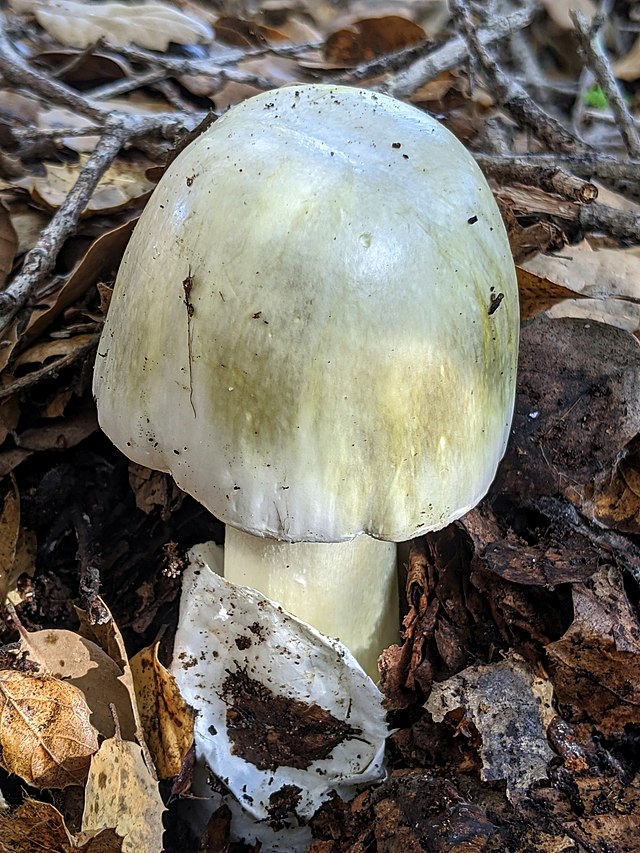 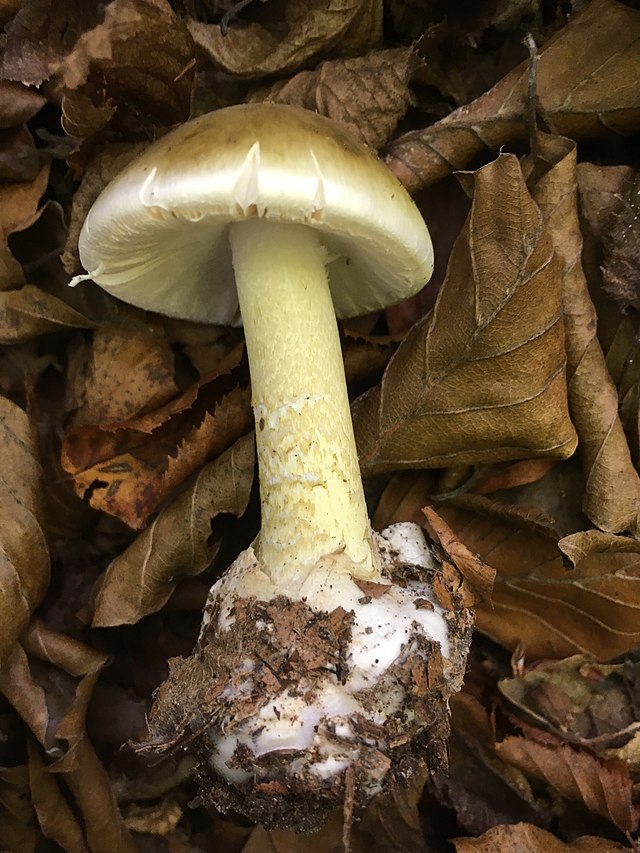 Follow these simple rules to avoid these toxic mushrooms, especially if you’re a novice:

And the most important rule: never consume mushrooms unless you are 100 percent sure it is edible.

It’s frustrating to leave what could be delicious mushrooms in the ground, but foraging for wild mushrooms is a risky business, at least for beginners.  As you become more familiar with mushrooms, you will slowly build a repertroire of mushrooms that you feel comfortable picking and eating.

As said earlier, it is easy to confuse death cap mushrooms with some edible mushrooms. It’s best to follow the ways mentioned above to identify them closely and only consume if you’re 100 percent sure about the mushroom type.

Death cap mushrooms have some fatal consequences, and it’s not worth taking the risk. Simply follow the rules and consider asking an experienced mushroom hunter to accompany you for foraging.

Avoid picking wild mushrooms unless you are sure about their identity or you have in-depth knowledge about the local varieties of mushrooms. In an unfortunate incident where you suspect the consumption of a death cap mushroom, rush to the nearest hospital without any delay and bring it to your doctor’s attention.

Keeping a sample of the mushroom for testing will help identify its type. This, in turn, can assist in deciding your line of treatment while helping you recover completely.

Visit our YouTube channel for all sorts of mushroom information.

To learn more about poisonous mushrooms, read our article about another killer, the destroying angel.

And to learn more about foraging edible mushrooms, check out our Ultimate Mushroom Foraging Guide. 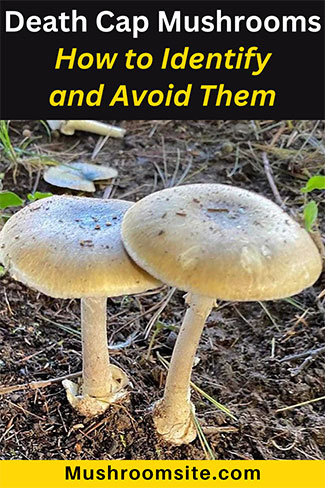 There’s nothing quite like going out into the woods in the spring to find morel mushrooms.…

Foraging for Wood Blewit – Everything You Need to Know

Out of all the varieties of wild mushrooms, wood blewit is near the top of the…