What is the Mycelium Network — The All-Natural Internet 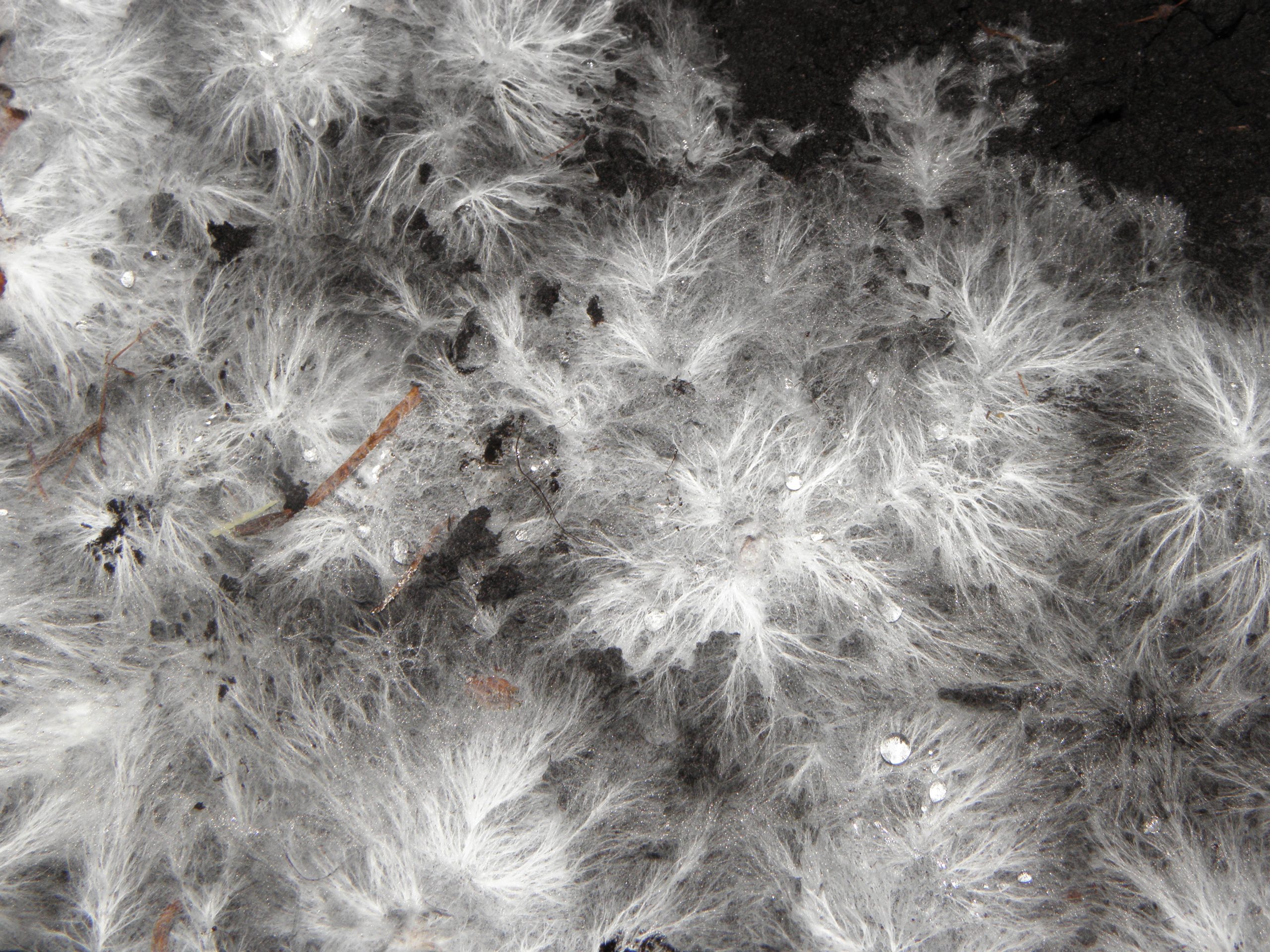 Did you know that trees can talk to each other?

They communicate through nature’s internet, mycelium.  But what is this mysterious mycelium? And how is it related to mushrooms?

In this article, we will dispel the confusion once and for all.

What is a Mycelium Network?

The mushrooms that we have all come to know and love are actually just the fruiting bodies of fungi. So you can consider the mushroom to be like an apple and the mycelium to be like the tree that the apple grows on. 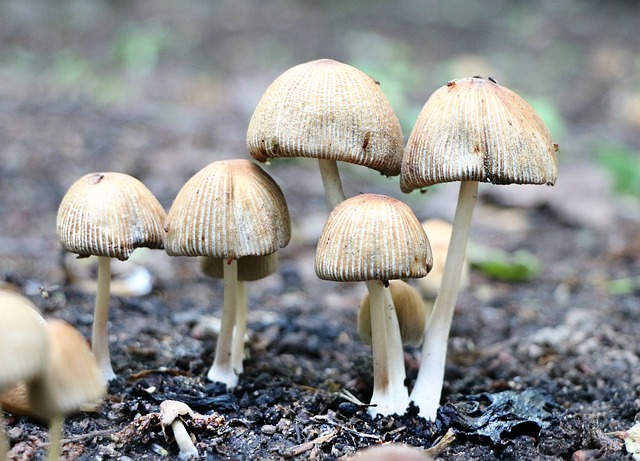 While the mushroom “fruit” grows above ground, the bulk of the mushroom “tree” is underground. And it’s composed of long threads called hyphae. These hyphae grow one cell at a time, and then they branch out, growing in every direction, even three-dimensionally, ending up with trillions of ends branching.

This huge mass of hyphae threads is called mycelium.

Think of the mycelium as a network — or a giant web — just growing through the forest. And they actually share some networking characteristics with a human brain.

A mycelium is a network that operates in very much the same way as our brain’s neural pathways – communicating via electrolytes and electrical pulses.

Every tree in the wild is associated with certain species of fungi. The tree forms a friendly relationship with its fungus, where the fungus grows into the root of the tree, and provides the tree with nutrients and water that the fungus gathers up from the soil. 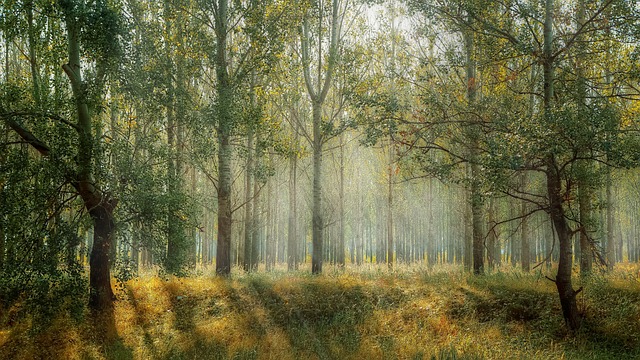 The Trees Are All Networked

Scientists found that, when they mapped these forests, all the trees were linked together in a single massive network. The trees were communicating using this network of mycelium as pathways. Also known as the mycorrhizal network, they connected one tree to another and to the Earth.

The scientists also found that one tree can swap nutrients with another tree using mycelium as the passageway. In other words, the trees are using the mycorrhizal network to feed one another. For their services, the mycorrhizal network charges the trees sugar and other products of tree photosynthesis. The trees share up to a third of their total production with fungi.

And They Recognize Their Kin

We often think of kin recognition as animal behavior. Humans love and take care of our babies.  We know it’s our baby and we look after that baby. Scientists never thought that plants could do that, but they are finding in research that plants can recognize their kin, just like humans!

So these mother trees recognize their kin through their mycorrhizal networks. The mother tree and the baby seedlings are sending signals, talking to each other. When they’re connected, and carbon is moving between plants, the strong trees are supporting the weaker ones.

If a tree senses that there are pests around, it will actually encourage its saplings to regenerate further away. This could not happen without the fungi network.

Researchers wanted to find out how these below-ground linkages would affect how trees grow, so they took a deeper dive. They labeled one tree with an isotope and traced it from that tree to its neighbor. They found that carbon molecules were moving from one tree to another tree through these mycorrhizal networks.

As they traced, researchers thought there might not only be carbon but perhaps that other molecules would be involved as well. They started labeling trees with nitrogen, phosphorus, and deuterated water. In the end, researchers found that ALL of these elements moved back and forth between the trees.

Thus they gained a rudimentary understanding of the language of trees. They also found that multiple species of trees can be linked together in the mycorrhizal network. Birch trees are linked to other Birch trees, and to Douglas Firs and Hemlocks as well. The network below ground can easily be imagined as a marketplace, where the food is either offered or received by all the trees that are linked together.

But what about competition?

If all the trees are eating at the same table, then why don’t they steal from each other and suck each other dry, in a struggle for the survival of the fittest? Trees of one species are not competitors. On the contrary, they actually support each other almost unconditionally.

The weak are supported by the strong. Only together they can, for example, regulate the micro-climate and lower the air temperature, because trees love it cool and moist. You could almost call this ‘tree-communism’ and it functions perfectly, compared to human communism.

Here, the individual is not as important as the community. Trees do care for each other. We think of that as an interaction between trees, but they’re looking after each other.

This Network Is Ancient

Mycelium are the oldest multicellular organism on Earth. Mycelium fossils dating back 2.4 billion years old were found in the sediments of lava in South Africa. A mycelium can theoretically live forever as long as it has food to grow into, which is why the oldest AND largest organism on Earth is a fungus.

This huge and ancient fungus lives on top of a mountain in Oregon. It covers thousands of acres underground and it’s thousands of years old. Just to give you an idea of how much fungi and mycelium are in the forest, as you’re walking through, there are about 300 MILES of fungi, under every footstep that you take. And that’s all over the world.

Fungi are everywhere, and many believe that they are the most common organism on Earth. And they connect with each other via their mycelium.  They undergird every forest and every field that you see.  They’re under trees and they’re under grass.

So the next time you’re out in nature for a hike, remember, without mycelium, trees wouldn’t exist. Neither would we.  Everything would have evolved differently, or not at all.  Fungi are absolutely necessary for life as we know it to exist on our planet.

To learn more about mycelium, check out our video on YouTube.

If you are interested in foraging for wild mushrooms, check out our article Mushroom Foraging — The Ultimate Guide.

And to see videos about the wonderful world of mushrooms, visit and subscribe to our YouTube channel. 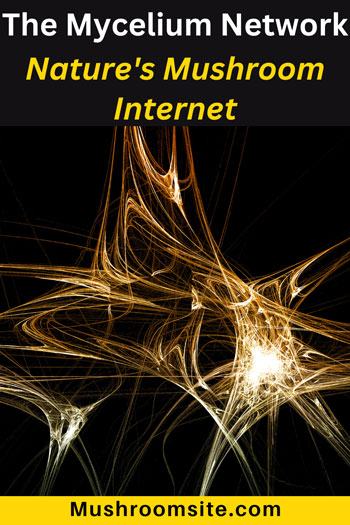 How To Make a Mushroom Spore Print for Identification

Mushroom hunting is a beloved pastime for many, but let's be real - it can also…

Mushroom Leather – The Future of Fashion

There’s no doubt: designers, brands, and consumers LOVE leather. They love its strength, softness, beauty, and…