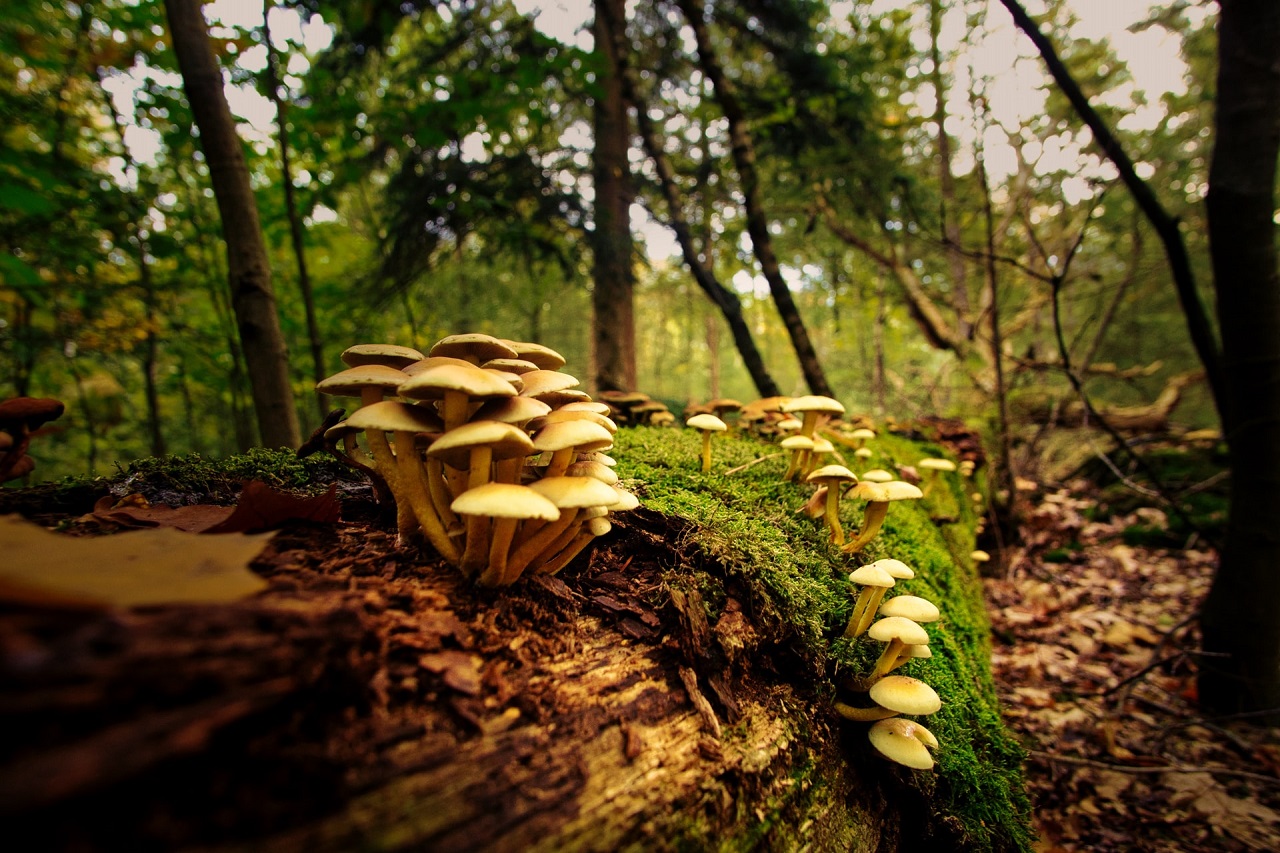 If you live in a wooded area or near some fields, you know that mushrooms grow quickly and easily in the wild.  There may be a wide variety along your favorite hiking trail or even in your backyard.

We generally write about edible wild mushrooms here on Mushroomsite.com.

But it is also important to know how to identify magic mushrooms, whether you intend to eat them or not. Otherwise, you might consume them unknowingly and be taken on an unexpected psychedelic trip.

Below we will give some tips on how to identify magic mushrooms.  But the information we provide below is only a starting point. If you don’t have experience hunting for mushrooms, buy a detailed guide.  And be sure to go hunting with an experienced forager.  NEVER consume any mushroom unless you are absolutely sure of its identity.  Every year people die after consuming poisonous mushrooms.  And with some species, just one mushroom is enough to kill you. 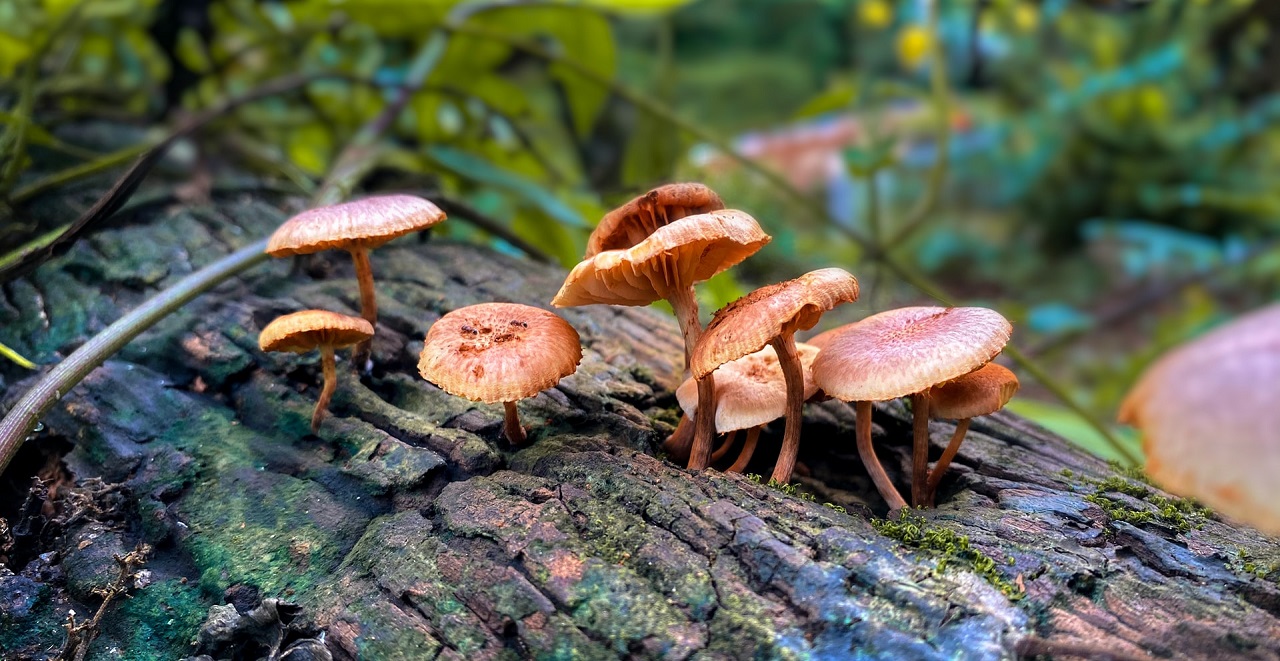 There are several species of mushrooms that are considered hallucinogenic, but in this article we will be focusing on psilocybin (magic) mushrooms.

Most magic mushrooms have distinguishing color characteristics. According to the mycologist Paul Stamets, psilocybins are mostly gilled mushrooms with black or purplish-brown spore prints and bluish flesh. The bluish trait is more dominant in magic mushrooms with high psychedelic potency. However, if the mushroom has bluish bruises but does not have purple brownish to black spores, it is likely not psilocybin.

1. What Is Your Location?

3. Take Photos of the Mushrooms You Come Across

Bring your phone on a mushroom excursion trip and take detailed photos of the mushroom you come across. Once you are back home, you can try figure out the identity of these mushrooms online.

Alternatively, you can post photos of the mushrooms you come across in forums with mushroom enthusiasts and experts. They will help you identify the specific type you photographed.

Note that we are not experts on magic mushrooms here at Mushroomsite (we live in New England and there are not many growing around here), so we can’t help you to identify these mushrooms beyond the information that we provide in this article.

These magic mushrooms are also popularly known as liberty caps due to their characteristic large caps. They are among the most potent magic mushrooms in the world. They mostly grow in North America and Europe. You can find them in meadows and pastures.

They are popularly known as the golden teacher because of their characteristic deep (for young ones) to light brown color (for mature ones). They have a distinctive dark brown marking at the center of the mushroom. The stems have a bluish hue, while the gill cover is dark purple.

The spaced-out gills of these mushrooms are grey and become almost black as the mushroom grows. Their caps are distinctively larger compared to most types of magic mushrooms. They are the most well-known magic mushrooms, and they are mostly found in tropical areas in the world, such as Southeast Asia, Thailand, Vietnam, Cambodia, and India.

These are the mushrooms that most people think of when they think of magic mushrooms.  For more information, see our complete guide to psilocybe cubensis.

As their name suggests, these magic mushrooms are mostly found in Mexico and South and Central America. They are also known as teonanacatl. They look a lot like the Psilocybe Semilanceata with large bell-shaped caps.

However, their caps are light brown (almost beige) compared to the darker liberty caps. Their stems are bluish, especially when bruised. Psilocybe Mexicana can grow alone or in groups. They can be found in forest meadows or roadsides. They also commonly grow among the moss.

These mushrooms are popularly known as wavy caps because they have large wavy caps.  The older the mushroom, the wavier the cap.

When they are fresh, they have a caramel-like brown color, but they become pale, almost yellowish as they dry.

Like other magic mushrooms, when stained, they tend to become bluish.

Psilocybe Cyanescaens grow in western and central Europe, New Zealand, North America, and parts of the Middle East. They particularly like wood chips and mulched areas of gardens and are becoming quite common in suburban areas.

They are known as the flying saucer mushroom because of their large, saucer-like caps. Baby Psilocybe Azurescens tend to have cone-shaped caps, but as they grow older the caps become flatter.

They start as brown, but as they age, they assume a dark-blue, almost blackish color. Their edges have shallow grooves that follow the pattern of the gills underneath.

These are extremely potent magic mushrooms. They are naturally found in a small part of the West coast of the United States. However, their spores have been cultivated in many other parts of the world, particularly in coastal areas. They tend to grow in groups on wood chips or sandy soils. They are seasonal and fruit in September and January.

Also known as the magic truffles or the philosopher’s stone. This species of magic mushrooms produce psilocybin-containing truffles; hence, they are commonly referred to as psilocybin truffles.

They have small yellowish cone-shaped caps. However, they are most preferred for their sclerotia (nodules) that grow underground. These are the mushrooms behind the magic truffles retreats that are popular in the Netherlands. They are called the philosopher’s stones because they are believed to make one profoundly thoughtful.

These mushrooms were first discovered near Tampa, Florida in 1977.

These mushrooms are popularly known as the Blue meanies. While they are not part of the Psilocybe species, they are among psychedelic mushrooms with the highest potency.

They are found in warm subtropical regions such as Louisiana, Mexico, Hawaii, Mississippi, the Caribbean, South America, Costa Rica, Thailand, Japan, and some parts of Europe and Africa. They live in dung on pastures and fields.

The landslide mushrooms, also known as “derrumbes,” are small mushrooms with a silvery luster. They have low-moderate psilocybin potency and preferred by people looking for a short psychedelic trip.

These mushrooms are mostly found in Mexico, Alabama, the Carolinas, and Georgia, They thrive in low temperature, high altitude areas that were former landslide areas.

The blue foot mushrooms are bluish at the base of their stems. They are a very rare type of magic mushrooms found in the US and parts of Canada. They grow near rivers on hardwood logs in the summer and fall.

The knobby tops or the bottle caps or olive caps, as the name suggests, have thin, cone-shaped medium-sized caps rippled on the edges. They have long, chalk-white stems, straight or curved. The cones are olive-brown.

These mushrooms grow on lawns with high lignin content, mulch, and wood chips. They also like to grow under other trees. They mostly grow during the fall and at the beginning of winter and mostly in North America.

If you are a mushroom forager, it is important to know about magic mushrooms, if only to avoid picking one by mistake.  While still illegal in many places, the trend seems to be toward legalization.

Regardless, these mushrooms are becoming more common, and every forager should be aware of where they grow and what they look like.  Knowing how to identify magic mushrooms in your area will help you to protect yourself and others.