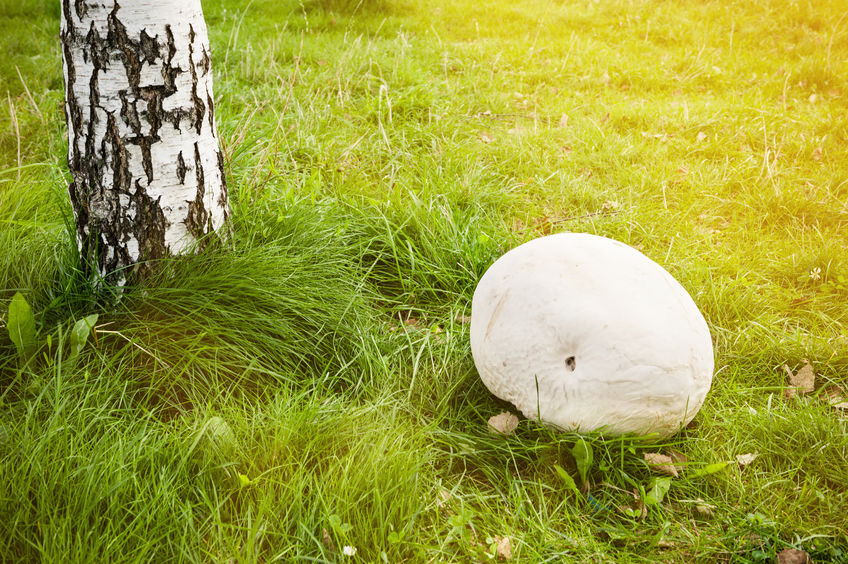 Round, white and spongy, Giant Puffball Mushrooms are easy to spot out in the woods.  They can grow even bigger than a basketball; large enough to easily feed a group of hungry mushroom foragers. 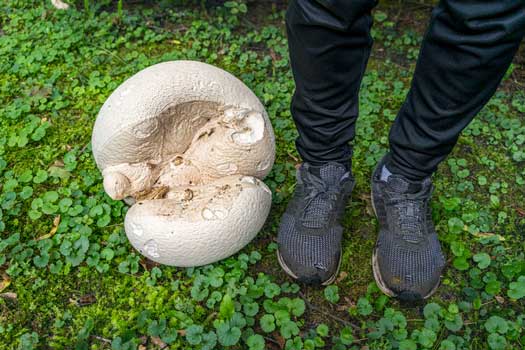 When you are out mushroom foraging, or even if you are simply going for a short hike, you may find some puffballs. Puffball mushrooms like grassy areas; you will typically find them in fields, meadows, and open areas. Sometimes you will find them on decaying wood, but you will never find them growing on live trees.

You can also find puffballs in well-lit areas of deciduous forests, where there are breaks in the forest canopy.  But you will see puffballs more often in grasslands and meadows than in dense forest areas.

Not only do they stand out from the crowd because of their massive size, but the perfect giant puffball mushroom that is ready for harvesting will be solid white throughout – both on the outside and on the inside. 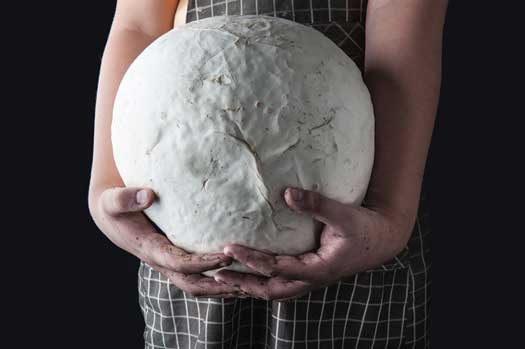 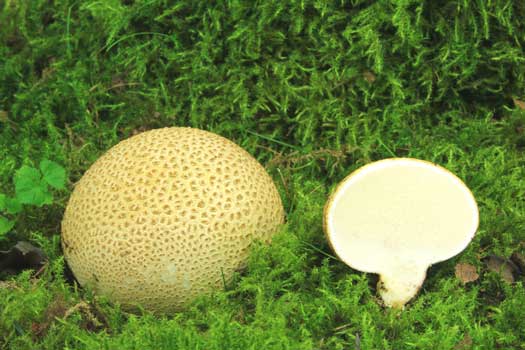 If your puffball shows any sign of discoloration, leave it for the forest to consume. However, finding a big white globe of a mushroom while foraging – that is the one you will want to harvest!

Watch Out for the Evil Twin Among the Edibles

As always, we must warn you that any time you go mushroom hunting you must be very careful. There is no mushroom that is entirely safe for a beginner to identify, and puffball mushrooms are no exception.  If you have not hunted for puffballs, be sure to run your finds past an experienced forager.  A mistake can be fatal.

Although giant puffballs are easier to identify than some other varieties, they do have a poisonous look-alike that you need to be aware of: the immature Amanita mushroom. To make sure you haven’t stumbled upon this toxic doppelganger, cut open your puffball mushroom.   You will be able to tell a true puffball mushroom by its lack of gills.

Growing in clumps, giant puffball mushrooms continue to regenerate in the same spot, dropping up to 7 trillion spores in the earth around them – depending on the size of the puffball. As the mushroom reaches maturity, the top will crack open, releasing those trillions of spores. This will give you a very good chance of finding more puffball mushrooms growing in the same place for next year’s harvest.

When puffball mushrooms are found growing in a large circle, this is called a “fairy ring.”  These “fairy rings” occur naturally, showing up on lawns, meadows, and fields, and even in the forest.

“Fairy rings” are long known in European folklore. Various cultures believed that these rings had different meanings. Many people saw them as a dangerous place for humans, with pixies, fairies, and elves running and playing about.

Delicious, and Good for You

Not only are giant puffball mushrooms great in the kitchen, but some cultures have found medicinal uses for them as well. Native American tribes used dried puffball spores to slow bleeding in wounds, helping blood to clot, and to treat infections.

A compound called calvacin has also been found in Puffball mushrooms.  Calvacin has been shown in tests to inhibit the proliferation of cancer cells. 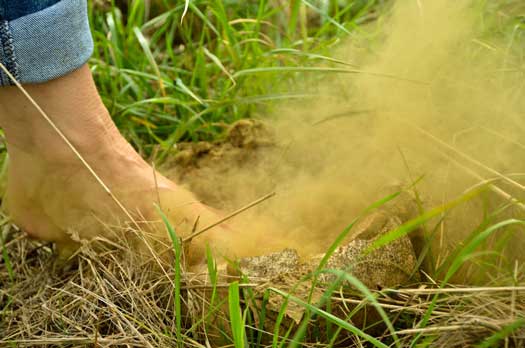 Puffball Mushrooms in the Kitchen

You may sometimes see puffball mushrooms in gourmet stores and farmers’ markets. But because they need to be used shortly after harvesting, this isn’t very common. Hopefully, you have been lucky enough to forage and harvest your own.

The inside of these mushrooms should almost resemble a fresh mozzarella ball or a marshmallow; it should not have any patterns, markings, or discolorations.  If the inside of your puffball mushroom is discolored, or if any part of the mushroom has turned soft and broken, it is too ripe and should not be eaten.

When washing and preparing your puffball mushrooms to cook, be careful not to wash the inside of the mushroom. The insides are like a sponge and will soak up all the water, and you will be left with a big, soggy mess. It’s best to simply wipe them with a paper towel.

Some people prefer to peel off the skin of the puffball mushroom before cooking, as it can be a little tough.

Frying puffball mushrooms in a frying pan in oil and batter is a quick and easy way to enjoy these fungi.

You will need to eat your puffball mushrooms soon after you harvest them, as they do not keep well.  Puffballs will turn mushy when frozen and thawed and will become too tough to eat when dried out.

Keep your freshly harvested puffball mushrooms in the fridge to extend their shelf life by a couple of days.

Puffballs are delicious and quite easy to identify.  Be sure to pass your finds by an experienced mushroom forager, and you will have some delicious meals from this common mushroom. Keep an eye out for them during your next late-summer or autumn hike! 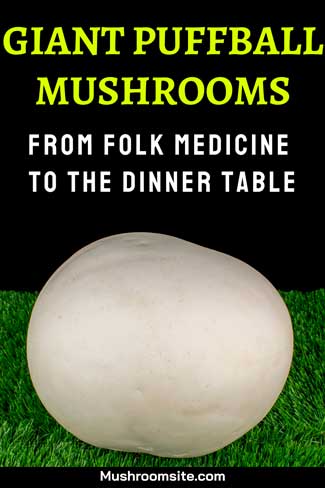 The Most Popular Mushroom Types – The Ultimate Guide

Mushrooms come in all shades, from the beautiful and edible types to the odd-looking and poisonous…