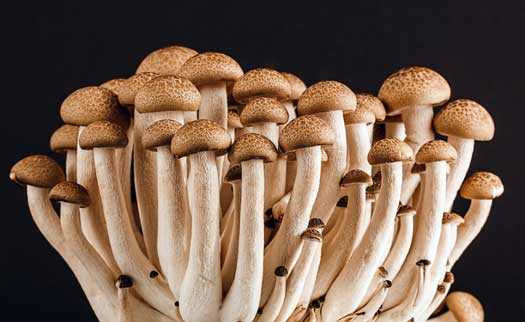 You may know that mushrooms are not plants. But the puzzling thing is, how do these fungi grow? How do you cultivate a non-plant and even harvest it?

If you’ve always asked yourself, “how do mushrooms grow?” we’ve got you covered. In this post, we’ll get a behind-the-scenes view into the dirty but incredibly amazing journey of mushrooms from start to finish.

The journey of mushrooms from farm to grocery store happens in four different stages. These include getting the raw materials (seeds, soil, and spawn), bedding (planting), casing and pinning (germination), and harvesting stages.

Here’s how all those stages come together to meet the needs of all the millions of mushroom consumers around the globe.

Before the stem and cap of a mushroom are formed, a seed must germinate first. Or to be more accurate, since mushrooms are not plants, they don’t have seeds. They grow from tiny spores that are not visible to the naked eye.

In the wild, spores are scattered by the wind and germinate on fertile “soil.” Again, since these fungi are not plants, they don’t actually grow on soil. Instead, they grow on suitable substances that support their growth, such as straw, sawdust, woodchips, and grain. These are called substrates. The picture below shows a bag of substrate that has been “inoculated” with spores that will eventually grow into mushrooms.

Home growers gather spores from spore prints. This involves cutting off the mushroom cap and placing it faced down on a clean surface such as glass or paper to allow the spores to collect on the surface.

Hold on a sec. What the heck is a spawn?

Remember the substances that provide nutrients to spores? When sawdust, woodchips, and other nutrient-supplying substances are mixed with spores, it is called spawn.

Spawn makes it a lot easier to grow mushrooms. Farmers don’t have to go through the process of finding spores, preserving them, and putting them into substrate. Instead, they purchase ready-to-go “seeds” and “soil,” and then move on to the next stage – bedding or planting.

The “Plant” and Its “Fruit”

That’s the plant (if we can call them that), and mushrooms are the fruits.

When spores are collected, they are mixed with substrates to provide a suitable growing environment for the mushroom. Soon enough, tiny, white, web-like structures begin to appear on the substrate. 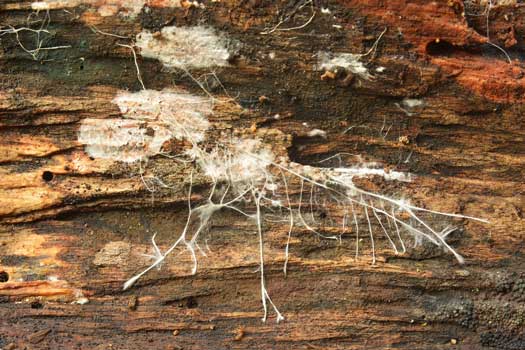 These thread-like structures are called mycelium. Think of them as the “root” system of the mushroom. The mycelium is a complex network that is significantly larger than the actual mushrooms you see.

However, commercial mushroom growers need to transfer the spawn to several specially prepared trays or beds that provide the ideal condition for the mycelium to appear.

Don’t worry if all this seems a bit vague for now. The explanations are essential to the question, how do mushrooms grow. But to help you understand better, let’s use something you are more familiar with – trees.

Trees are usually larger than their fruits. For example, an apple tree is several times larger than an apple. That’s exactly how the mycelium and mushrooms are.

Here’s something that will wow you: the largest living organism on our planet is not a whale; it is a mycelium! A single mycelium network discovered in the state of Oregon covers an area of 910 hectares – that’s more than the size of 1,200 standard football fields!

Okay, let’s get to the next stage in answering the question, how do mushrooms grow.

When you plant seeds, you expect them to sprout, right? It’s no different for mushroom spores. When the mycelium appears, it is only a matter of a few days to a couple of weeks (depending on the species) before mushroom pinheads start to appear.

The mushroom bed or tray is covered with a casing made from peat moss. This helps to hold in the right amount of moisture needed for proper growth inside the mushroom bed.

Pinheads or pins start to appear, followed by miniature baby mushrooms called primordia. This germination stage is what is referred to as casing and pinning.

The process that began with spores mixed with substrates will eventually turn into the mycelium, pinheads, primordia, and finally, full-sized mushrooms. 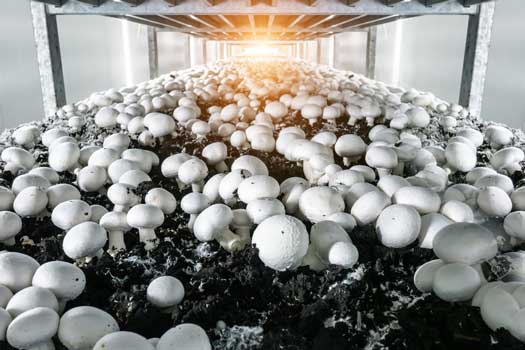 When full-sized mushrooms mature, they, in turn, drop their seeds or spores, and the mushroom life cycle starts all over again.

However, fully grown mushrooms don’t remain in the bed. They are harvested and either sold fresh or stored using various preservative methods.

You Can Give It a Try

The good thing about growing mushrooms is that you can grow them at home, so you don’t have to buy from the grocery store each time you need to use them.

Have you ever wondered why most people grow tomatoes and other veggies at home but rarely grow mushrooms? Even those who enjoy eating the delicious fungi will gladly buy from stores instead of picking it from their gardens.

Perhaps, they are intimidated by the idea of growing something as complex as a mushroom. But that shouldn’t be the case. As you’ve probably realized by now, learning how to grow mushrooms is easier than most people think.

How do mushrooms grow? From spores, not seeds. And on substrates, not soil.

Mushrooms are not plants, so they don’t have the regular seeds most people are used to. They are the fruiting body of fungi that grow when their spores are cultivated in special conditions.

The mushrooms you see in grocery stores undergo all the four stages outlined above before ending up in your favorite dish.

If you are interested in growing mushrooms we recommend that you start with growing oyster mushrooms.   Grow kits are quite reasonably priced and easy.  Read our article to learn more.

And read our article about The Best 8 Mushroom Grow Kits to Grow on Your Own to read about a variety of different mushrooms that you can grow, including shiitakes! 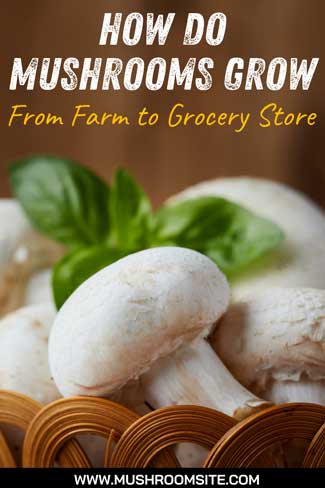 The Best 8 Mushroom Grow Kits to Grow on Your Own

If you love eating mushrooms and want to learn how to grow them at home, you’re…

Chestnut Mushrooms — How to Grow Your Own

Do you like to cook with white button or cremini mushrooms? Then you will love chestnut…