Are Mushrooms Vegetables? Let’s Dive Into the Theory 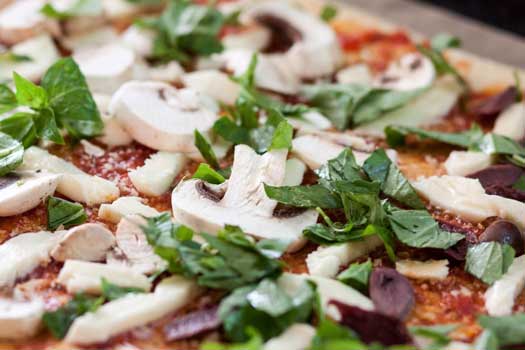 Mushrooms have been around for thousands of years. Ancient civilizations have long coveted their medicinal properties and nutritional benefits.

Today, mushrooms are a staple in many households and restaurants, not just because of their delicious taste, or the fact that they add instant pizzazz to even the blandest of meals, but also because of how healthy they are.

If you’re trying to get in shape or have adopted a keto lifestyle, mushrooms need to be your best friend.

That aside, there’s one question that continues to plague the minds of every mushroom lover out there; one question that has the food world divided when it comes to classifying this sumptuous superfood – Are mushrooms vegetables? Let’s settle this once and for all.

To answer this question, we’ll first dive into why mushrooms are not vegetables. To do this, you first need to understand what a vegetable is in the first place.

The specific part of a plant that is used to reproduce can be classified as a vegetable. This is the case with peas, beans, eggplants, cucumbers, artichokes, peppers, and several other types of veggies.

For others, we consume most, if not all, of the plant. Vegetables like celery, cauliflower, lettuce, spinach, and onions fall into this category.

The one attribute they all share is that they use the sun’s energy to synthesize food from the chlorophyll within their cells. This is what is responsible for a plant’s characteristic green color, and is essentially what makes a plant, well – a plant.

So, to make things simple, a vegetable is a plant that uses the sun’s energy to manufacture its food using chlorophyll. This biological process is known as photosynthesis.

Mushrooms are not green. They don’t contain any chlorophyll.

On this basis alone, we know that they can’t harness the sun’s energy to manufacture their food. This effectively eliminates mushrooms from being classified as vegetables.

Okay, so we know that they’re not vegetables. Then they must be fruits. Well, let’s explore what fruits are in the first place.

To classify something as a fruit, it needs to have seeds and should have developed from the ovary of a flowering plant. Keep in mind that fruits can develop from vegetables as well.

All other parts of the plant, like the leaves, roots, and stems, except for the fruit itself, are all classified as vegetables. But, the seed-bearing structure within the plant itself that develops from the flower is what’s considered a fruit.

Mushrooms, by definition, are much closer to being fruits than they are vegetables. Technically, the mushrooms you see sprouting on the surfaces of decaying matter, soil, or tree barks are part of a larger growing organism known as the mycelium. This is the part you don’t see and is what usually grows on logs or underground.

The fungi you see sprouting up are the reproductive parts of the mycelium, and whose function is to spread the reproductive components of the fungi – the spores. These spores are what spread to other surfaces and grow into new mycelium, out of which new mushrooms can develop.

You can think of the spores as the “seeds” of the mushroom. It’s therefore easy to see why mushrooms are almost like fruits. But, here’s why they’re not.

Fruits come from plants. Mushrooms, on the other hand, don’t.

For fruits to form, pollination needs to occur, where pollen from the male part of a flower is transferred to the female part of another (or the same) flower to allow for fertilization. That’s how you end up with fruits.

Mushrooms don’t rely on pollination for reproduction. This fact alone excludes mushrooms from being classified as fruits.

So, What Exactly Are They?

Since mushrooms are not vegetables and they are not fruits, what the heck are they? Well, they belong to an entirely separate kingdom of microorganisms known as fungi. This puts them in the same category as molds and yeasts.

The part of the mushroom that we eat is only a small part of the entire fungus. When spores carried by the wind land on a surface, they develop into a root system, otherwise known as the mycelium.

Mycelium colonies are typically white and fluffy and can remain hidden inside trees or underground for several years. Under the right conditions, with favorable temperature and humidity, they begin to sprout mushrooms.

These then grow and mature to release spores, which are then carried by the wind to form yet another mycelium colony elsewhere.

There are generally four categories of mushrooms.

Fungi that fall into this category form a symbiotic relationship with the roots of live trees. They not only draw nutrients from the tree itself, but they also feed nutrients back to its roots to promote a healthier flourishing root system.

Porcini, chanterelles, and truffle mushrooms are all examples of mycorrhizal fungi.

These fungi feed on live trees but don’t give anything back in return that benefits the host. They keep extracting nutrients from the tree until it dies off.

This category of mushrooms grow and live on decaying organic matter like fallen leaves and plant roots after parasitic mushrooms kill them off. They extract the nutrients, minerals, and carbon dioxide. This works to break down the plant matter.

Edible fungi in this category include white-button, shiitake, and oyster mushrooms.

Endophytic fungi have both parasitic and symbiotic relationships with their host’s tissue  They feed off of the tissue, but will also generally provide nutrients, as well as protect from disease.

Are mushrooms vegetables? The answer to that is – no, they’re not. They are fungi. You can, however, incorporate them in stir-fries, sauces, and stews in the same way you would a vegetable ingredient.

You could also have them as a side dish on their own, or as a topping to your favorite snacks or meals. If you’re feeling adventurous, serve them up as an entrée. The choice is ultimately yours.

Are mushrooms keto-friendly? Check out our simple guide to find out. 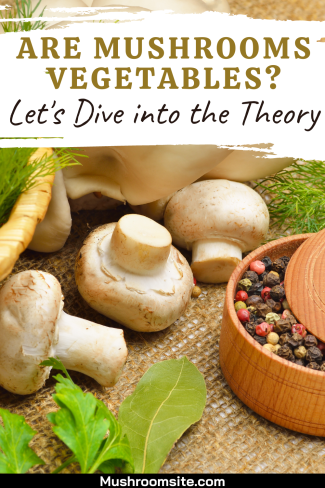