Total Carbs in Mushrooms – Here’s What You Need to Know 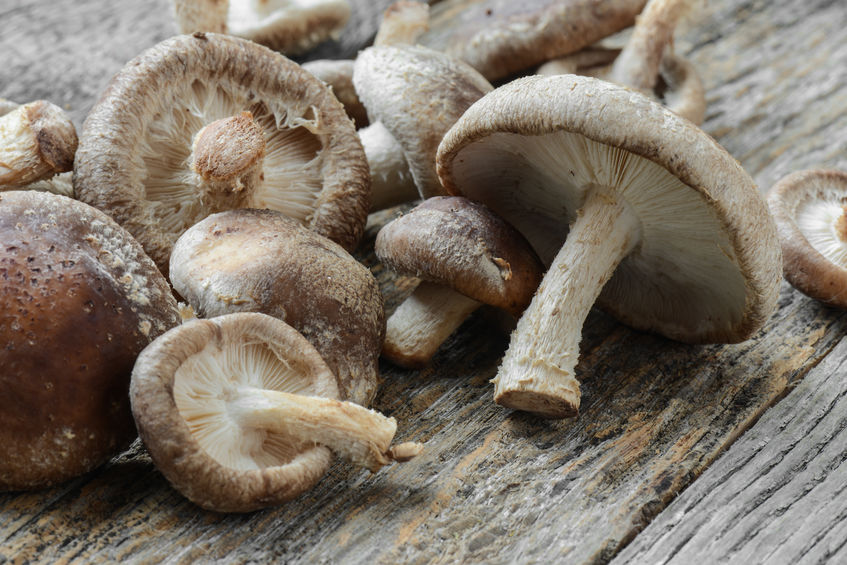 If you’re trying to lose weight and burn fat, carbs are your worst enemies. Seriously, you need to avoid those little suckers like the plague. Unfortunately, they’re everywhere. They’re in milk, spinach, apples, nuts – everything has carbs in it.

But, we’re quite sure that’s not what comes to mind when you hear the word “carbs.” You’re probably thinking of bagels, French fries, rice, potato chips, and bread. So, let’s expound on that, shall we?

Eating food that’s high in carbohydrates may not be the best thing for you if you’re trying to lose weight or maintain your athletic bod. The keyword here is – “high.” Your body still needs a certain amount of carbs to function.

This article explores everything you need to know about carbs in mushrooms, and whether or not you should include them in your diet.

First things first: What exactly are carbohydrates? And why does your body need them? Think of carbohydrates as fuel. Everything you do expends energy. Whether you’re talking, walking, running, sitting, or even sleeping. All these activities use up energy.

Carbs are your brain’s primary source of energy. We often take for granted the fact that the brain is the one organ that powers your entire body. It controls the digestive system, heart function, respiratory activities, etc. The human brain is the engine that powers everything that goes on in your body.

This engine needs fuel to function. Carbs are the single-most-important source of energy for your brain. The reason for this is simple.

Carbs get broken down a lot faster and more efficiently than proteins or fats. So, they are more available for your body in that regard.

Now, the more active you are, the more your carbohydrates requirements will be. But, the bottom line is: You cannot eliminate carbs from your diet. They are a macronutrient. So, living organisms require them in large quantities to survive.

Are Carbs Good for You?

Before you pick up that bag of chips and start munching away, you might want to slow your roll. Too much of a good thing can end being – you guessed it – a bad thing. Carbs, on their own, are great. Your body, more importantly, your brain, needs them to function.

The problem lies in the quantity and quality of the carbohydrates you’re consuming. That’s right. Not all carbs are created equal. Some are more superior to others, so you need to pick and choose what you’re putting into your body.

Carbohydrates are classified based on how fast they get absorbed into the bloodstream. And, for them to be absorbed, they first have to be broken down into glucose – which is another word for sugar.

Now, the carbs that get broken down quickly cause your blood sugar to spike, and that’s never a good thing. So, your body panics and releases insulin to mop up this excess sugar by converting it into fat. And, you know where that ends up.

These types of simple carbs have a high glycemic index – a measure of how fast foods are digested and absorbed into the bloodstream. What you want are slow-releasing (complex) carbohydrates that don’t get broken down as fast. That way, there’s no risk of your blood sugar rising to uncontrollable levels.

Here’s what we know so far: Complex carbohydrates are good for you. Simple carbs – not so much. Your body needs carbohydrates for energy. So, you do need to incorporate them into your daily diet to meet your nutritional requirements.

Keep in mind that energy is a good thing, but only if it gets used. So, whether you’re eating simple or complex carbohydrates, if they’re not used to generate energy, they all end up getting stored as fat.

Mushrooms have a low glycemic index, which is partly why they are such a powerful superfood, particularly among individuals with diabetes. They have very little, if any, negative effect on the body’s blood glucose levels or insulin response.

Not only is the level of carbs in mushrooms incredibly low, but nearly a third of them are from fiber. According to the USDA, one cup of mushrooms (70 grams) – whether whole or sliced – has 2.3 grams total carbs, 0.7 grams of which is fiber. This accounts for about 3 percent of the daily value (DV).

This leaves 1.58 grams net carbs, which is a negligible amount if you think about it. So, you can incorporate mushrooms in meat dishes, salads, and soups without worrying about consuming an excessive amount of carbs.

You’re probably aware of the fact that ketogenic, or keto diets for short, center on low carbs and calories. They require very precise and specific nutrient tracking. As a result, you may find that you may need to cut out certain foods that would be ok in other diets, due to their high carbohydrate content.  Carrots and fruit come to mind.

Mushrooms are not only low in carbs and calories, and thus keto-friendly, they also contain a negligible amount of sodium and fat, and no cholesterol whatsoever. This makes them ideal for maintaining a state of ketosis. 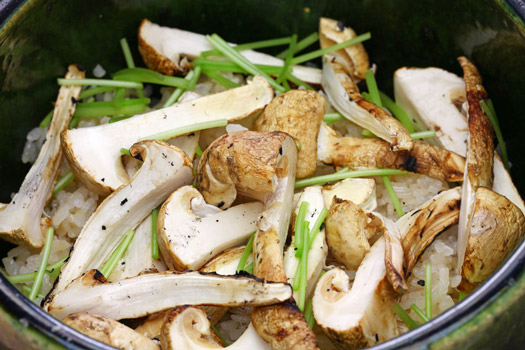 Here’s what that means.  When your body doesn’t have enough carbohydrates to burn for energy, it enters into a state called ketosis. Your body then looks for the next best thing it can burn to get the energy it needs to function, namely, your fat reserves.

This biological process is not only effective in helping you obliterate fat, but it also allows you to maintain muscle and curb your appetite. The fact that mushrooms are low in carbs makes them the perfect addition to a ketogenic diet.

If you’re worried about the number of carbs in mushrooms, well – don’t. Edible fungi are not only low in carbohydrates, but they also have a low glycemic index. So, they won’t spike your blood sugar.

Moreover, the soluble fiber Beta-glucan accounts for a third of the overall number of carbohydrates present in mushrooms. And, you know how great dietary fiber is for weight loss.

Did you know that mushrooms also contain proteins? Check out our blog to learn about the surprising protein composition of mushrooms. 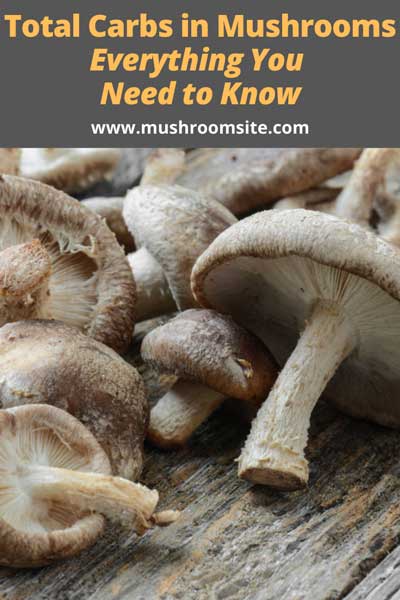