A Guide to the Matsutake Mushroom 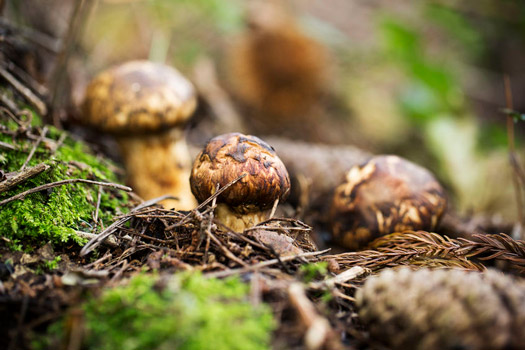 September brings with it the winds of change. Mother Nature begins to peel off her green summer dress and adorns a vibrant mélange coat of gold, orange, and crimson.  September also ushers the beginning of the matsutake mushroom season. A season that mushroom lovers everywhere eagerly await with bated breath.

It is a time when mushroom hunters take to the forests in search of these highly treasured mycelium fruits. They are spicy, intense, and unforgettable. They take you on a sensory adventure like no other.

One taste, and you’ll either love them without abandon or hate them forever. There’s no room for in-betweens.

This guide takes an in-depth look at the matsutake mushroom to reveal what it is about them that evokes such strong emotions in those who dare to try them. 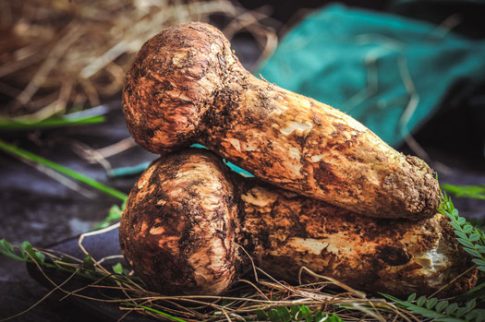 The Matsutake Mushroom – A Brief Overview

Matsutake mushrooms or “pine mushrooms” as they are sometimes called, are native to Japan and have been growing wild on the roots of red pines and other trees for more than a thousand years.

In the US, matsutake mostly grows along the Washington coast, although mushrooms foragers sometimes find them in Northern California, Idaho, and Oregon. They have also been found in other regions such as China, Korea, and Northern European countries like Finland and Sweden.

Matsutake mushrooms have a mycorrhizal relationship with various tree species.  Most often, they grow under pine and fir trees.  Hunters can occasionally find them growing under hardwoods like Oaks and Tanoaks. Their scientific name is Tricholoma Matsutake.

There is another edible and very closely related species, called Tricholoma Magnivelare, or American matsutake.  These mushrooms grow in coniferous forests east of the Rockies.  They are sometimes called pine mushrooms in New England.  They typically measure around 10-20 cm in diameter, with smooth round convex caps, which have noticeably curled edges that flatten out as they age.

These exotic mushrooms cost a pretty penny and might even be in the same league as truffles and caviar.  In Japan they are considered to be an extravagant gift. Carefully packed in wooden boxes, they are given on the most special occasions. 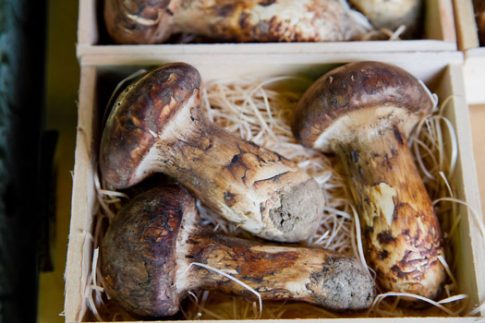 Beneath the cap, are tan and white gills that have a cotton-like veil that shields them as they grow. They start their lives with a smooth white appearance but later develop brown scales and tan spots as they continue to mature.

Matsutake mushroom season runs from September through December. If you’re not confident about your mushroom identification skills, you might find fresh Matsutake mushrooms during the fall at local farmer’s markets and specialty grocery stores.

Matsutake mushrooms are easy to mix up with other species of mushrooms that are poisonous, especially white varieties of poisonous amanita mushrooms.  Never eat a wild mushroom without running it past an expert.  This warning is particularly important with matsutake mushrooms.  See our article Common Poisonous Mushrooms to Watch Out For for more details.

And for more information about foraging for mushrooms (and how to avoid poisonous ones), see our article Mushroom Foraging — The Ultimate Guide.

How to Clean Matsutake Mushrooms?

Store-bought commercially-grown mushrooms are generally clean, although it is always a good idea to brush them off with a damp paper towel before you cook them. If you harvested your matsutake yourself, use a mushroom brush (or a soft pastry brush if you don’t have one) to remove excess soil and dirt before wiping them off.

Avoid using too much water to prevent the underside of the mushroom from soaking as this will give them a sponge-like texture, and that’s not something you want. Trim and discard the soil-infused bottom part of the stem as well.

How to Store Matsutake Mushrooms?

Wrap whole matsutake mushrooms in aluminum foil before placing them in plastic ziplock bags or airtight containers to freeze them. Freezing is a better preservation method than drying, because drying matsutake alters its flavor significantly.

Matsutakes have an unusual, intense, pine-infused-with-cinnamon-like spicy aroma. Yes, that is quite a mouthful.

Some people describe it as being “pungent” almost like smelling a combination of woody, piney, and fishy aromas, with a hint of red hot peppers and dirty socks, all rolled into one. Hopefully, that helps…?

There are honestly no words to accurately describe exactly what it tastes and smells like. It’s one of nature’s incredible infusions that you just have to try out for yourself. You’ll either love it or hate it – that’s for sure.

When cooking them, the rule of thumb with these babies is, less is more. Too many matsutake and their unique flavor will overwhelm your dish. So, if it’s your first time cooking with them, go easy. Start small and work your way up until you find that magical sweet spot where you have just the right amount of matsutake flavor to give your meals that all-elusive je ne sais quoi. 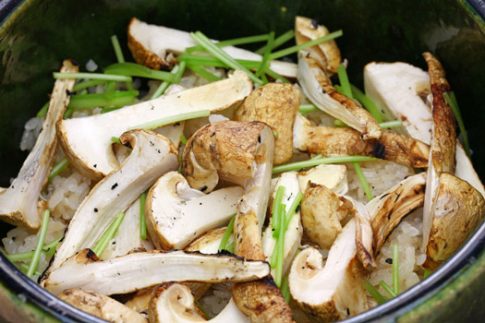 Here are a few things to keep in mind when cooking matsutake to get the best results.

These meaty mushrooms work well with several different types of dishes – except for dairy, of course. For some people, they’re an acquired taste. So, if they’re not an instant hit in your household, experiment with a few different recipes before you completely write them off. 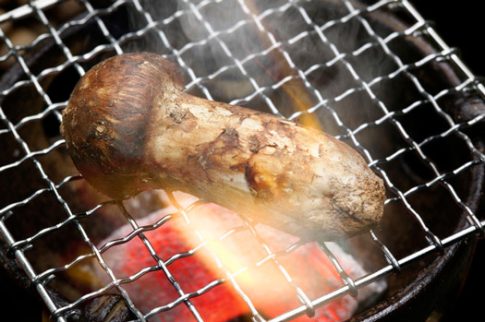 The matsutake mushroom has a host of health benefits ranging from antioxidant and anti-inflammatory, to anti-fat and anti-tumor. As the natural habitats suitable for the growth of matsutake continue to shrink, they are becoming harder to come by, which is partly why they are so expensive.

Cultivating them is also incredibly difficult despite the relentless efforts of farmers who’ve dared to try.

If you’ve never had matsutake before, we highly recommend that you do. It will be an unforgettable culinary experience – that’s for sure!

If you’re all about small and sweet polypores, then you’ll love beech mushrooms. Check out our guide on beech mushrooms for everything you need to know about them.

And check out our article about Shiitakes to learn about another Japanese mushroom. 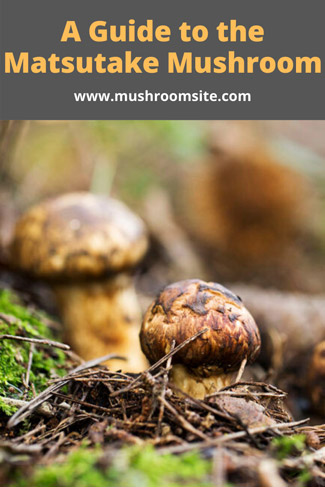