The Most Common Poisonous Mushrooms to Watch Out For 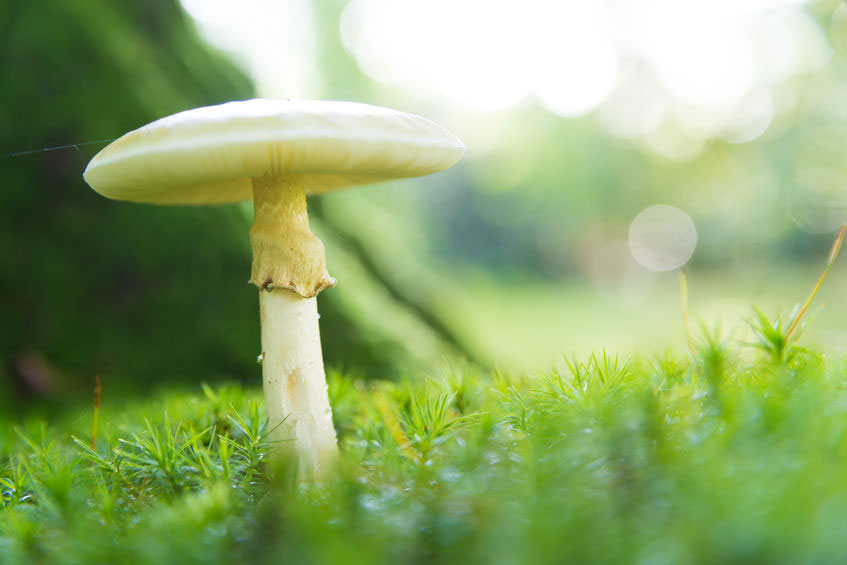 Mushroom hunting is fun.  Mushrooms are appetizing as well as nutritious, and some varieties even have medicinal qualities.  But unfortunately, there are some common poisonous mushrooms which you need to be aware of. With mushrooms, all that glitters is not gold, as some that look appetizing could lead to death. You must be careful while rummaging for mushrooms as misidentification could cost you your life.

Here is a list of some common poisonous mushrooms

This is by no means a complete list, and there are likely to be other poisonous varieties of mushrooms in your area.  Never eat a mushroom that you find unless it has been positively identified as safe by an expert.

The name says it all as Death Cap is among the deadliest species of common poisonous mushrooms. This mushroom is supposedly delicious, but a few bites are enough to kill you.  Death Caps contain amatoxins, a small quantity of which can lead to system collapse and death within days.  Death Caps are mostly found close to the ground, beneath shrubs and bushes. They have white stems crowned with caps that are usually greenish or silver.  Cap color can vary, however, so is not a reliable indicator. 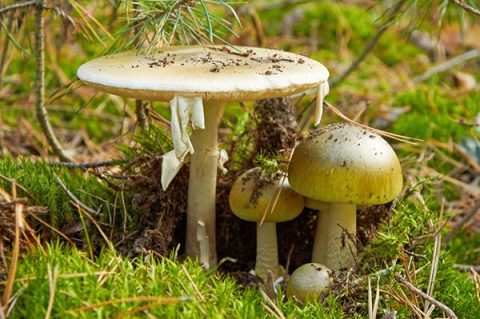 Death Cap mushrooms are especially lethal because they are similar in appearance to edible Caeser and Straw mushrooms and, when tasted, lack the usual bitter taste associated with most poisonous mushrooms. They also thrive in urban areas where people are likely to encounter them.  There was an outbreak of poisonings in Vancouver, Canada, several years ago in which a three-year-old boy died after eating death caps that he had found growing by a sidewalk.

Some people might not know that this type of yard mushroom has poisoned many dogs.  Many of the same mushrooms that are poisonous to people are also poisonous to animals. Be sure to keep your pets away from mushrooms and, if you see symptoms, take your dog to the veterinarian immediately.

Somewhat like the Death Cap, Destroying Angel is as dangerous as it is aptly named. This white, bulbous capped, and thick-stemmed species of mushroom grows close to the edges of woodlands, near shrubs and trees. Destroying Angels look a lot like button mushrooms and the edible puffball mushrooms, and mistakes in identification have caused numerous deaths. 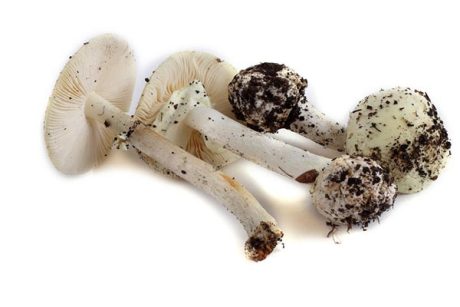 The Destroying Angel mushroom is responsible for the majority of deaths caused by mushroom poisoning. Symptoms occur about five hours after consuming these mushrooms. Once symptoms occur, it is too late for treatment, as irreversible damage to the kidneys and liver has already occurred.

Read our article about destroying angels for more details about these dangerous mushrooms.

Most mushroom lovers enjoy the tenderness of Morel mushrooms with their woodsy flavor. Found in the Springtime in cold climates, the family of False Morels can easily be mistaken for the real morels by untrained eyes.   Like real Morels, False Morels grow near dead trees, and their appearance is very similar. 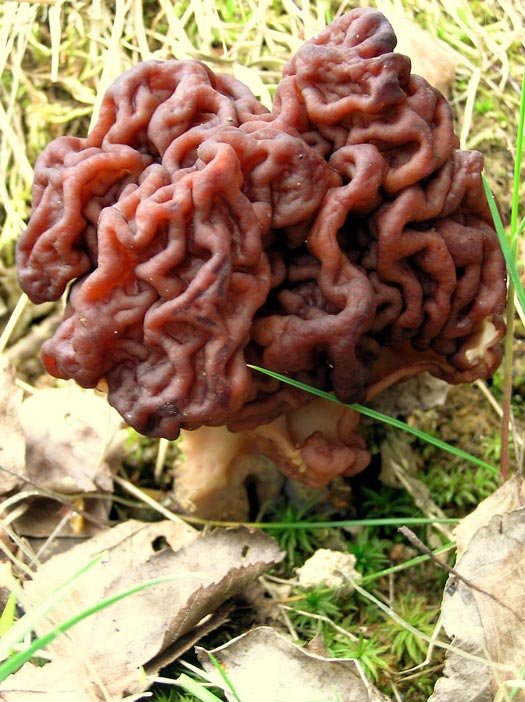 False morels are poisonous, but their toxicity depends mainly on the concentration of the toxins and the sensitivity of the consumer. If someone with high sensitivity eats a false morel, symptoms could occur, including diarrhea, vomiting, and even death.

Read our article about how to tell the difference between morels and false morels for more details on this subject.

Autumn skullcaps grow throughout the northern hemisphere. They have brown to yellow-brown caps and are easy to confuse with other edible brown mushrooms. 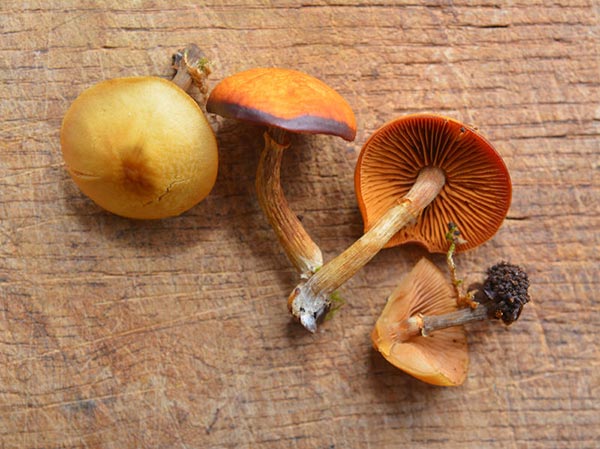 Brown Roll-Rim mushrooms grow in wooded areas throughout North America.  They are generally brown and grow between two and three inches high.

This mushroom was always considered to be poisonous when eaten raw, but in the past was considered safe to eat when cooked.

However, in recent years, it has been found to cause autoimmune hemolysis, which can be fatal.  This has happened to people who had eaten these mushrooms for years without any problems.

These mushrooms grow on dead tree trunks throughout the northern hemisphere.  Like the Brown Roll Rim mushrooms, they were once thought to be edible, but in recent years they have caused kidney failure in several people over 50 years of age with pre-existing kidney issues.

This common mushroom derives its name from its orange color.  It resembles the delicious chanterelle, but it has gills that are said to glow in the dark. This species grows in clusters, unlike the chanterelle.

Jack o’ lantern is not high on the list of poisonous mushrooms, but it is still dangerous. It grows at the bases of hardwood trees, decaying stumps or buried roots and contains illudin toxins.

Also known as “Fool’s Funnel,” this small white mushroom grows in grassy areas across Europe and North America.  The fact that they grow on lawns means that children often encounter these poisonous mushrooms.

Symptoms of poisoning from the False Champignon include greatly increased salivation and sweating, about 15- 30 minutes after eating, followed by severe nausea and diarrhea.  These mushrooms aren’t usually fatal, but death can occur, so if you believe your child may have eaten one of these mushrooms, seek immediate medical attention.

On a Final Note

As you can see, there are many species of common poisonous mushrooms, and this is by no means a complete list.

As a lover of mushrooms, your life could depend on your knowledge of the diverse species of mushrooms and your ability to differentiate the poisonous mushrooms from the edible ones. If you have even the slightest doubt, then for your own safety, steer clear of wild mushrooms entirely.

And always carry a good field guide when you are looking for mushrooms. We are currently recommending Mushrooming Without Fear: The Beginner’s Guide to Collecting Safe and Delicious Mushrooms.

Mushrooms of the Northeast: A Simple Guide to Common Mushrooms — we live in New England and this is the guidebook that we use.  Great pictures, and pocket-sized so that we can take it with us on walks.

The Complete Mushroom Hunter: Illustrated Guide to Foraging, Harvesting and Enjoying Wild Mushrooms — This book is too heavy to bring out onto the field, so on its own is not a good mushroom guide.  But what is great about this book (aside from the awesome photos) is that it gives instructions on preparing and serving the wild mushrooms that you find.  It’s full of interesting facts, and even has instructions on how to grow wild mushrooms.

Caution must always be the watchword when foraging for wild mushrooms. 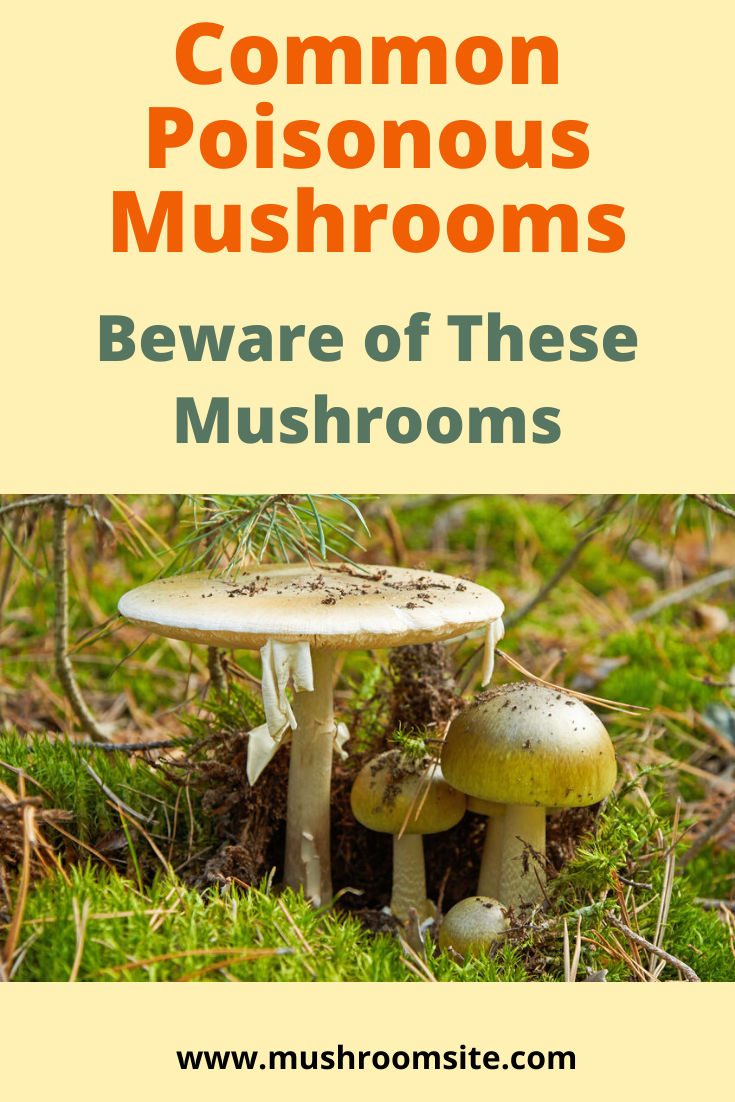