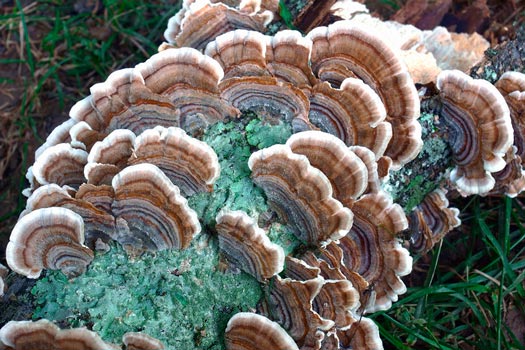 Turkey tail mushroom (also known as Trametes Versicolor) is one of the most highly researched mushroom species. Its medicinal properties are somewhat of a miraculous wonder given all the remarkable effects it has on the human immune system.

It was popularly used in ancient Chinese medicine, where formulations of turkey tail were used to reduce inflammation, boost immune system function, and promote general health and wellbeing.

This post explores some of the top turkey tail mushroom benefits and how you can incorporate them into your daily diet. 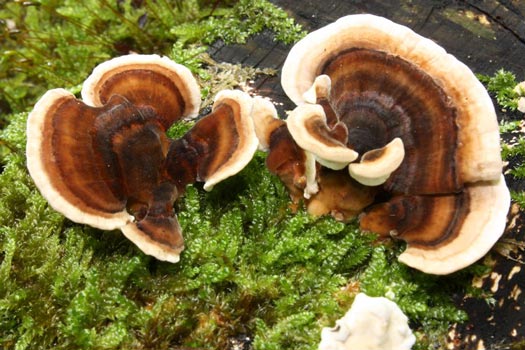 One of the most well-known benefits of turkey tail mushrooms is the critical role they play in the treatment of cancer patients. This can be attributed to the fact that they contain high concentrations of selenium, vitamin B3, and D, which are all widely accepted immune boosters.

They also contain a type of polysaccharides within their fungal walls known as β-glucans, which, when consumed, provide receptors in the small intestines that work to activate the host immune response.

They also have compacted mycelium.  Mycelium is the solid part of the fungus, and it is nutrient-rich in compounds like proteins, minerals, vitamins, and polysaccharides.

Some of the top benefits and uses of turkey tail mushrooms include:

Assists in the Treatment of HPV

These mushrooms may help to heal the oral lesions that result from Human Papillomavirus (HPV). In one study, 61 HPV-positive patients who had varying severities of gingivitis (gum disease) received treatment using reishi, turkey tail, and chicken-of-the-woods (Laetiporus Sulphureus) mushrooms.

From the results of this study, it is evident that turkey tail mushrooms show promise in the treatment of oral HPV.

Many people often take for granted how vital healthy digestion is. The gut is responsible for 70% of the immune system function. When compromised, it increases the risk of autoimmune diseases, overgrowth of bacteria, allergies, cancer, colds and flu, and several other ailments.

The state of your digestive system also plays a critical role in your mental health. There have been several studies that reveal a strong correlation between brain function and gastroenterology.

Turkey tail mushrooms are rich in mycelium. This compound works to support not only the immune system but also maintain a healthy balance of the microbiome in favor of the good gut bacteria, resulting in better digestion and a healthier gut.

Research shows that turkey tail mushrooms, when used in conjunction with other wild medicinal mushrooms, are hugely beneficial in the treatment of Kaposi’s sarcoma. This is a type of skin cancer that’s prevalent among individuals with HIV/AIDS.

The mushrooms have an antiviral agent known as polysaccharide peptide (PSP). It has been shown to encumber the replication of HIV. It also has antioxidant and antibacterial properties, which all act to boost the immune system among immuno-deficient individuals.

According to a review done by the National Cancer Institute, the polysaccharide-K (PSK, Krestin) Japan has approved the use of extract from turkey tail mushrooms as an adjuvant treatment in cancer patients to suppress the development of secondary tumors.

The fungi have powerful disease-fighting and immune-enhancing properties that are useful in anticancer treatments. Several studies have also shown it to be highly effective as an adjunctive treatment among patients with various types of cancer, including breast, lung, colorectal, and gastric cancer.

Is a Great Treatment for the Common Cold and Flu

Turkey tail mushrooms are widely touted for their ability to stave off various infections, including those that are associated with the common cold and flu. It strengthens the immune system making it more resilient against disease-causing microbes like germs, bacteria, and viruses.

So supplementing this delicious fungus into your daily diet will go a long way in keeping the colds and flu at bay.

Chemotherapy treatments use powerful drug chemicals to target and kill fast-growing cells in the body. Cancer cells grow and multiply faster than any other of the body’s cells.

However, there are several other fast-growing non-cancerous cells in the body. These include those in the blood, mouth, nose, nails, hair, intestinal tract, and bone marrow. So chemotherapy has adverse effects on them as well.

Since the treatment damages the bone marrow, it becomes harder for it to produce platelets as well as red and white blood cells. The result? Fewer white blood cells in the body equate to a weakened immune system. This makes your body vulnerable to infection.

Turkey tail mushrooms among cancer patients help to build up their immune system. This helps to better handle the damaging effects chemo has on their immunity. A stronger immune system empowers the body to fight cancer cells, making these mushrooms a potent cancer-fighting remedy.

How to Use Turkey Tail Mushroom – the Nutritional Powerhouse

Turkey tail grows on stumps and logs in forests throughout the world. It is a very common mushroom. If you decide to forage for it yourself, be sure to show your foraged turkey tail to a friend who knows mushrooms before consuming it.

Also, be aware that this is not a good mushroom to eat raw.  It doesn’t taste good and can cause stomach upset.

The best way to consume this healthy fungus fresh is by chopping up two handfuls of it and brewing the chunks in a large pot of water for about an hour. Turn off the stove and let it cool a little before straining the mixture. 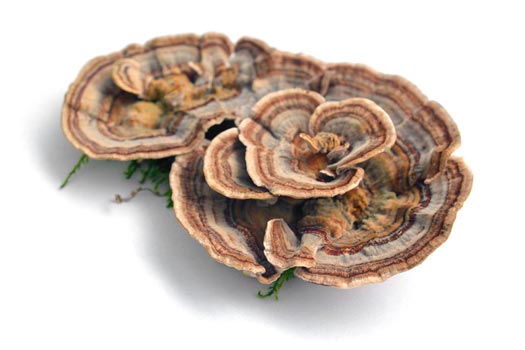 Pour yourself a cup of the liquid, and add two teaspoons of turmeric, half a teaspoon of honey, and a bit of lemon essential oil, and you’re ready to roll!

Make it a staple in your daily diet to reap all the turkey tail mushroom benefits the fungus has to offer. Your future self will thank you.

A convenient way to take advantage of the medicinal effects of turkey tail is to add extract powder to your favorite dishes or drinks.

Host Defence makes an excellent turkey tail tincture.  Adding a few drops to a smoothie is a great way to get your daily dose.

Host Defence also makes turkey tale capsules.  If you are traveling, turkey tail capsules are an excellent way to get your turkey tail fix.

We’ve covered the many amazing health benefits of the Turkey tail mushroom.  Try adding some of this fantastic mushroom to your diet today!

Check out our article about an even more famous medicinal mushroom, the reishi mushroom, which has been used in Asian medicine for centuries.

And read this article for several different medicinal mushrooms that you can cook with. 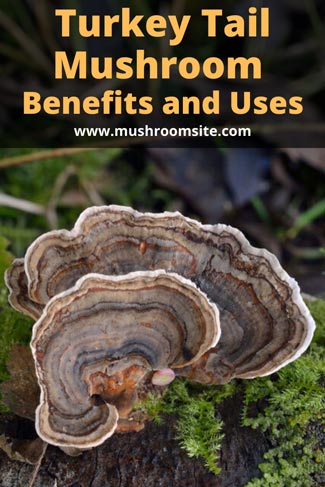